As an annual welfare practice, NCMC 2017's 5 day company tour from Nanjing to Gansu started in Sept. 1, 2017. The main purpose is to enrich corporate culture, relieve work stress, enchance group sense of honor and strengthen team cooperation. From southern land of fish and rice to great north frontier, we have fully enjoyed the rich and colorful scenery endowed by nature.

Starting from Zhangye City, we forge ahead to the west. As a connecting bridge with the western regions in Western Han Dynasty, Zhangye has been praised as “the Abundant Yangtze River region” in the frontier. Zhangye is long in history, splendid in culture, beautiful in landscape, of which Zhangye Danxia landform is the most famous. It is odd and special for hierarchical scattered levels, steep cliffs, rich forms, amazing colors, with a high ornamental value and important scientific value.

Second stop is Jia Yu Guan Pass, which is the western starting point of Great Wall, was reputed as the “ Frontier Throat” in the ancient Silk Road for its strategic position and grand structures.

Next stop is Echoing-sand Mountain, which is located 6km south of Dunhuang city in a desert. It is named because, under the human tread or wind blow, the sand produces a sound like instruments, such as a horn,a drum,or that of rumbling thunder. At the north foot of Echoing-sand Mountain locates the Crescent Lake, for thousands of years, its shape remains exactly the same,a clean and green oasis on the deadly land.

The last stop comes to the Mogao Grottoes of Dunhuang. There are more than twelve thousand statues. The frescos are elaborately colored and deftly painted. The content includes Buddhist teachings, life stories of the Buddha, and historical events. Every one marveled at this great relic that had crystalized the west and east cultural exchange.

Along the way, we were surrounded by laughter and joy as well as numerous delicious food. Most importantly, we deeply felt the warmth from this big family, which further strengthened our determination and confidence to work toward a better future in NCMC! 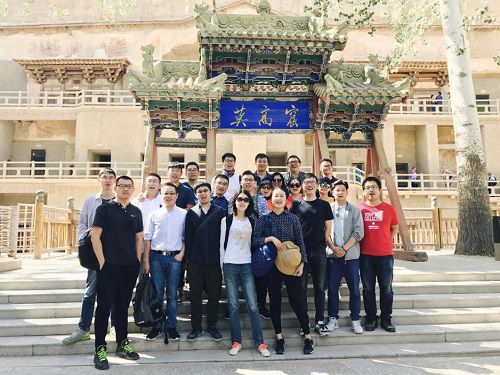 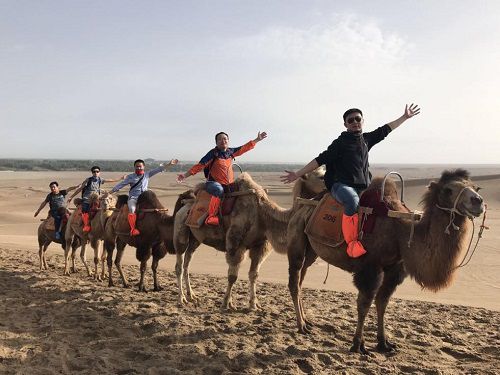