How Is Ethyl Bromide Prepared From Ethyl Alcohol

1. The Formation of Ethyl Bromide

10 mL of 95% ethanol and 9 mL of water are added to a 100 mL round bottom flask. Under constant shaking and cooling, 19 mL of concentrated sulfuric acid is slowly added. The mixture is cooled to room temperature. The finely divided 15 g of sodium bromide is added with stirring, and a few additional zeolites are added. Carefully shake the flask to make it even. The lower end of the condenser tube is connected to the lead pipe. Ethyl bromide has a very low boiling point and is extremely volatile. To avoid losses, cold water and 5 mL of saturated sodium bisulfite solution are added to the receiver. Cool in an ice water bath and allow the end of the receiving tube to be submerged in the aqueous solution. Start heating on low heat, make the reaction liquid boil slightly, and let the reaction proceed smoothly until no ethyl bromide is flowing out. (As the reaction proceeds, the reaction mixture begins to have a large amount of gas. At this time, the heating intensity must be controlled. Do not cause bumping and then the solid gradually decreases. When the solids disappear completely, the reaction solution becomes viscous and then becomes a transparent liquid. Now it is near the end of the reaction. Check the presence or absence of ethyl bromide in a beaker containing water.

Pour the liquid from the receiver into the separatory funnel. After static stratification, transfer the crude ethyl bromide below to the dry conical flask. Under the cooling of ice water, carefully add 1 ~ 2mL concentrated sulfuric acid, while shaking the cone to cool. The lower concentrated sulfuric acid is separated by a dry separatory funnel. The upper layer of ethyl bromide is poured from a tapping funnel into a 50 mL flask, and several zeolites are added for distillation. Since the boiling point of ethyl bromide is very low, the receiver should be cooled in ice water. Accept the fraction of 37 ~ 40 °C. The yield is about 10 g (The yield is about 54%).

Note: If the reaction mixture is not shaken before heating, the reaction is prone to bumping and the reaction fails. When starting the reaction, heat it with a small heat to avoid the escape of hydrogen bromide. When adding concentrated sulfuric acid, be sure to pay attention to cooling to avoid the loss of ethyl bromide. The experiment process uses two liquid separations, the first time to retain the lower layer, and the second time to the upper layer product. During the reaction, neither the reaction time is enough, nor the distillation time is too long. The water is over-distilled to cause the sodium sulfate to solidify in the flask. 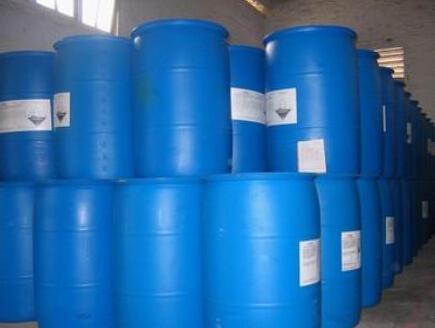